The Flaw in the System 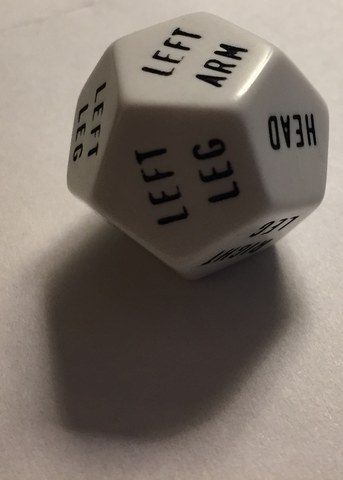 The Flaw in the System (& the Mechanics of Existence)

I was chatting with a friend recently.  He is constantly flying around the US selling the services of his firm.  He relayed to me that he, unlike most people trying to do the same thing, had found the flaw in the system.  The system he was referring to was the selling of fungible services to extremely sophisticated clientele.  His understanding of the flaw in the system, and ability to exploit it gives him a massive advantage over the many others doing the same thing.  He wins.  Over and over again.

e of the olden days, way back when I ran a small game company.  I was always fascinated with game theory and game mechanics, and spent many hours dissecting board games, card games, and games in general.  After a while I could see the patterns, and ultimately the flaws.  The best games had few flaws, but they all had ’em.  Some had obscenely obvious flaws.  Games like Monopoly, that made Grandma throw the board at you after a few hours of playing, for example.  If you figured out the flaw in a game you could exploit it, and win, over and over again.  Sorry Grandma.

My job in creating a game was to create playable fun rules that had as few exploitable flaws as possible.  The rules that were there seemed logical and fair.  It was fun, and I created two RPGs and two card games.

Life is a game.  It has rules, playing pieces and all that stuff.  The more you play it, the better you get.  I’m not talking about reincarnation, that’d be an entirely different kind of article.  I’m talking about the accumulated wisdom, and the understanding of things that are either invisible or extremely subtble to the average person – the seeing of patterns and flaws.

The flaw in the system

So, what’s the flaw in that system?  Life has some pretty hard and fast rules.  You have to have a job, you have to work a certain amount, money is prevalent in everything you do.  Most people are investing in a relationship, you have to eat right or pay the consequences, etc.  Right?

You have to work every day, eight plus hours.  Do you though?

You have to put a certain amount of time in things to get a desired result.  Do you though?

You have to do things a certain way like everyone else does.  Do you though?

There’s an order to things.  Is there though?

First of all, life doesn’t exactly come with a manual.  Sure there are those that will argue with me and cite certain ancient texts or books.  I’m not talking about how you should live your life, I’m talking about the mechanics of existence.  Understanding the mechanics and the options you have that you weren’t even aware of gives you a massive advantage over those that don’t.  You win. Again and again.

In life we keep score usually by a few things.  Wealth, friends, stuff, happiness, status*.  How are you keeping score?  Comparing your happiness to others?  Comparing your status in the company you’re in to a coworkers?  Same vacation, parachute, benefit package, upward mobility?  Are you comparing your house to the Jones’ across the street?

You know I can’t create an article without mentioning time, energy and resources.  Life is made of those three things, you hear me say, over and over again.  It’s because it’s true.  Everything we do is made up of one or more of those – either giving or receiving.

Some games have a board, and they are usually referred to as board games (for obvious reasons).  The board is a nice visualization, it helps you to see where you are, if you’re winning, how close you are to your goal.

Along with not being given a manual for life, you are also not given a board.  Sure you may have a calendar to help you track time, or to do lists to help you track activities, but you can’t really see how you’re doing overall.  You can’t see how you are doing as compared to your potential, and you can’t see how one thing affects the other.  There’s very little journaling and the journalling you may do is in general. That’s why I invented the balance sheet.  It’s a way to see all of the aforementioned things.  That’s why I created the unified journaling that ties the journaling to the activities and the goals.  It’s really cool and you should see it.  So, using this balance sheet we exploit some of the flaws in the system – for your benefit.

Here is an example of one the mechanics of life, and how we can exploit it.

Time is linear, activities are not.
Unless you are an extra dimensional being, or enlightened in ways we can’t even describe here, time is linear for you**.  That means that time goes in a straight line from before to now to what happens next.  However, activities do not have to be linear.  If you have two activities you participate in, it is possible to combine them, to stack them, to blend them in such a way so that they are occurring at the same time.  Instead of being lined up, one in front of the other, then are being stacked on top of each other.

That’s just multitasking you say?  No, it’s not.  Multitasking is the big lie, the misleading productivity thing that everyone brags about, nobody actually does and in the end makes you less productive.  Check out the various studies, like the one done in 2008 University of Utah, or this fun little read on the network structure of our brain.  No, I’m not talking about multitasking.

Will it blend?
I’m talking about taking a step above your timeline and administratively blending two activities together.  Huh?  What did those words mean? They meant, from a coaching position, and being your Temporal Spotter, that I would review the balance sheet and blend two activities together that are of the same tone, that don’t require you to switch brain networks.  You know what I’m talking about – when you do find two things that are kind of fun to do together, like emptying the dishwasher and chatting on the phone.  Like reading fiction on the elliptical.   I’m not talking about responding to emails while having a conversation, or texting and driving.

So, blend two activities that can use the same brain network, that you want to do (or don’t want to do) and cheat and get more time back.  Trust me, there are things you’re doing right now that can be blended.  And, not only will you not lose anything about the experience, you may actually enjoy both more.  Or, dislike one less once it becomes blended.  This works particularly well with teens.

For more tips about productivity, having balance in your life, and possibly a discussion on non linear time (just kidding), check out my other articles on LinkedIn, and AlchemyFor.Life/balancecoaching.  Follow Alchemy For Life on twitter, or me on LinkedIn to be alerted about new publications.

*Status is a common theme in relationships, and something I talk about extensively.  Feel free to read my Quora answers, or my posts on onlyaglance.com if you’re so inclined.

**Non linear time.  Oh boy is that an interesting discussion.  Some other time.