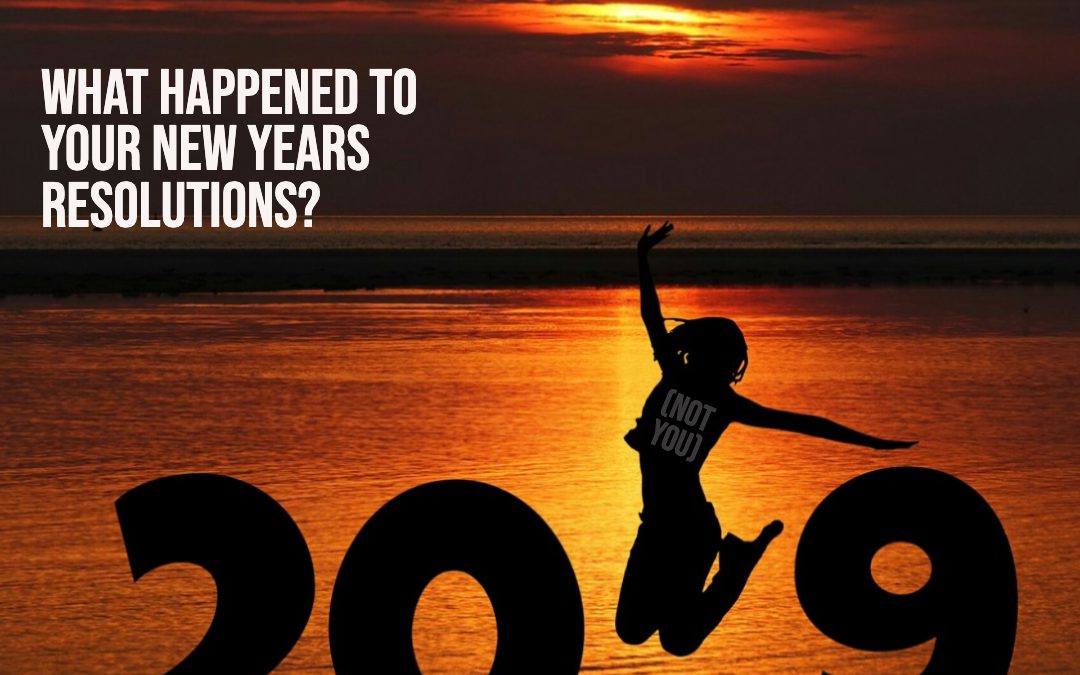 Hi. How are those New Year’s Resolutions doing?

You made some right? Because you didn’t really listen to me when I said resolutions were a bad idea – that’s understandable because I’m just a disembodied voice and that’s not enough status to prevent you from making yourself feel better.

So since you made them, how are they doing?

“It’s August!” you yell. To which I reply that you’re going to make your 2020 resolutions in five months…

OK, deep breath. If you made resolutions in 2018 for 2019, and didn’t keep them, then one of four things has happened:

Ok then. That’s everyone! Have a good night. (cue bumper music)

You’re still here? And not happy with me? So now what?

Let’s do one of two things:

That’s it. Keep in mind that you have me at a disadvantage – I can’t use all my powerful tools I built from scratch, examine what’s really going on in your life, and work with you one-on-one. So It’s just a read/listen kind of thing but I’ll do my best. So let’s revisit with solutions:

You may have dodged a bullet. This may have been a goal you just arbitrarily set because, hey, why not? Like saying “I’m going to visit the moons of Titan” or “Sure I’ll help you move next year.” If so then just leave it. If this was something you really wanted to do then you hit a wall, and that wall is probably made of Time, Energy and/or Resources.

Similar to above, it may simply be that you didn’t make the time for it (going to the gym, working on that hobby, etc) and the rest of your schedule said F.U. and it got pushed out. Making the proper time for it can fix that.

All humor is based on some sort of truth or it’s not funny. The same goes for drunken promises – there was a reason you said that, when your inhibitions were diminished. Is this a secret desire? Don’t you beat yourself up over it.

Well, you may not be – see “visiting moons of Titan” above. Or perhaps you are capable and you are being fooled by that thing called reality. Meaning, you need to adjust reality to fit this desire. That reality comes in the form of your time, energy and resources.

Do you see a theme with all of this? You should. It’s those three magic words and they are not “I love you” though I like you an awful lot. Honest.