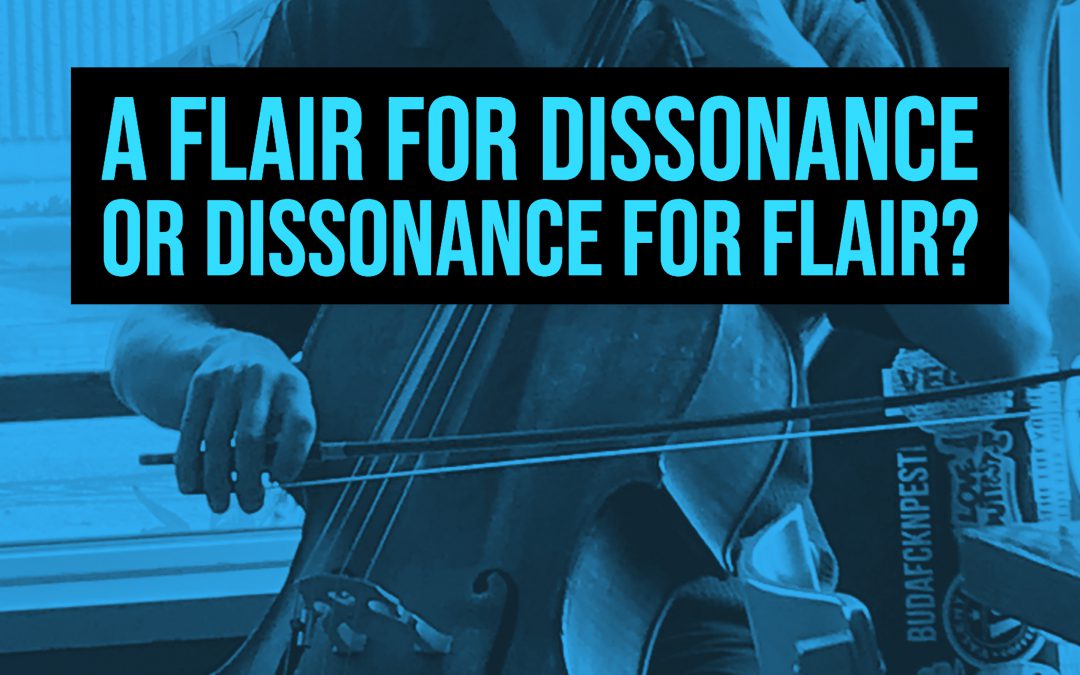 I was recently watching a young man entertain a small group of people with his cello. This set up was simple in that he just had the cello footpedal and some additional music he played through Bluetooth speaker.

After every song and applause he would comment about the music and his process. He was a bit self-defacing.

More often than not he would explain that he wasn’t as good as he wanted to be-that some songs we’re better than others. Then he made an interesting comment that created an exchange between the two of us.

He knew he wasn’t hitting all the notes he needed to and that when that happened this dissonance was supposed to be for flare. So half-jokingly, he said it was “dissonance for flare.” Meaning, the wrong notes were there artistically, not because they were in error. So, if he hit the wrong note, then he meant to do that.

The wrong notes may be better

We often become very concerned with hitting all the notes in life literally and figuratively. But like the young cellist, is it not just as important that we don’t? Isn’t that lack of hitting every note robotically what uniquely makes us us and actually makes for better music? Aren’t some of the best mistakes the most amazing discoveries?

I’m not saying that if you were a surgeon or a chemist you just wing it. I’m saying the little differences that move us off the beaten path – even just mere moments and choices – allow us to write our own music.

Taking this a step further, the young man, Tieg, was making a half-joke about how his lack of skill was really an intentional missing of notes. Thus the comment “dissonance for flair.”

My comment, however, is something that perhaps is also worth considering. Since we know that we will not hit all the notes, why not get really good at this not-hitting-the-notes? Why not understand yourself better, your strengths and weaknesses? Why not develop a “flair for dissonance.” Perhaps this is the essence of creativity?

Note – Bonus! Enjoy this article and 10 minute podcast in addition to the 40 minute interview with Tieg. I was able to arrange a chat and obtain some of his music with permission. See the next podcast for that interview. it’s fascinating!