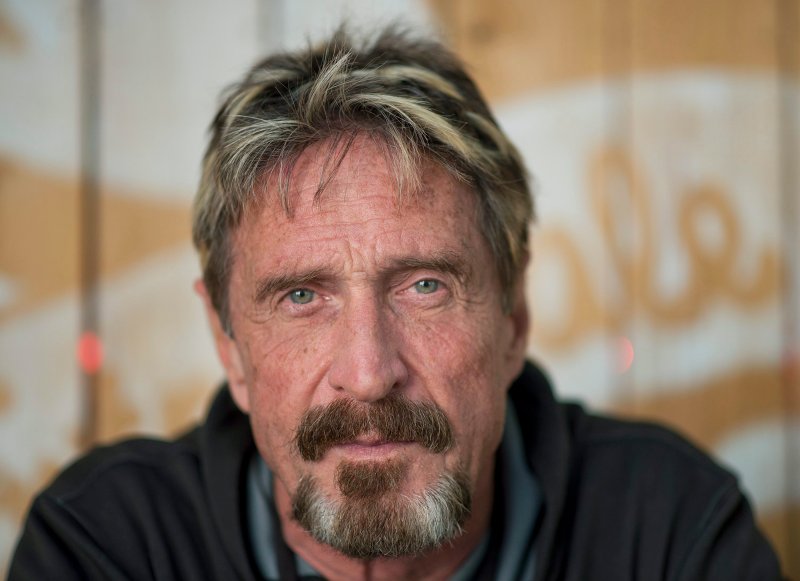 John McAfee talks phones that spy on you, running for president, being played by Michael Keaton in the upcoming movie, bitcoin reaching $1,000,000 and what he actually did to the reporter in Belize.

McAfee is a household name, since John McAfee essentially invented antivirus software. He has worked for NASA, Univac, Xerox and Lockheed. In 2004 his net worth was $100 million.

He is currently running for president and his slogan is “Not sure what I’m doing but something needs to be done.” We discuss in depth what he believes is what truly makes a successful business, and how that slogan reflects his take on management. The two are surprisingly connected.

If you have not followed him on Twitter, or not seen his youtube channel, you may still have seen his appearances on various news shows discussing cyber security. He was the first (by two years) to bring awareness of the use of your phone to spy on you. For this reason he does not own one and never will, he says. If he does, “They will find me,” he says.

Last year he made a prediction that bitcoin would reach $1,000,000 by the end of 2020. Does he truly believe this, and would he truly do what he promised, on national TV, if it doesn’t?

King of the Jungle

Michael Keaton is slated to play him in the upcoming movie, “King of the Jungle.” The movie details the two weeks the Wired magazine writer came to visit him while he was in Belize. Due to a picture taken by the writer he was forced to leave. John relays a very candid interaction he had with the writer, and the game of Russian Roulette he played in front of him—including loading the gun.

The next big thing

John alludes to something big that is coming, and how we should be very grateful for those who have created it. Though I normally prefer a flow of conversation, I do a little prying to get to the bottom of this global change that is imminent, and those who created it.

Note – The interview is filled with colorful metaphors—in other words a lot of F and MF Bombs. Explicit content for language.