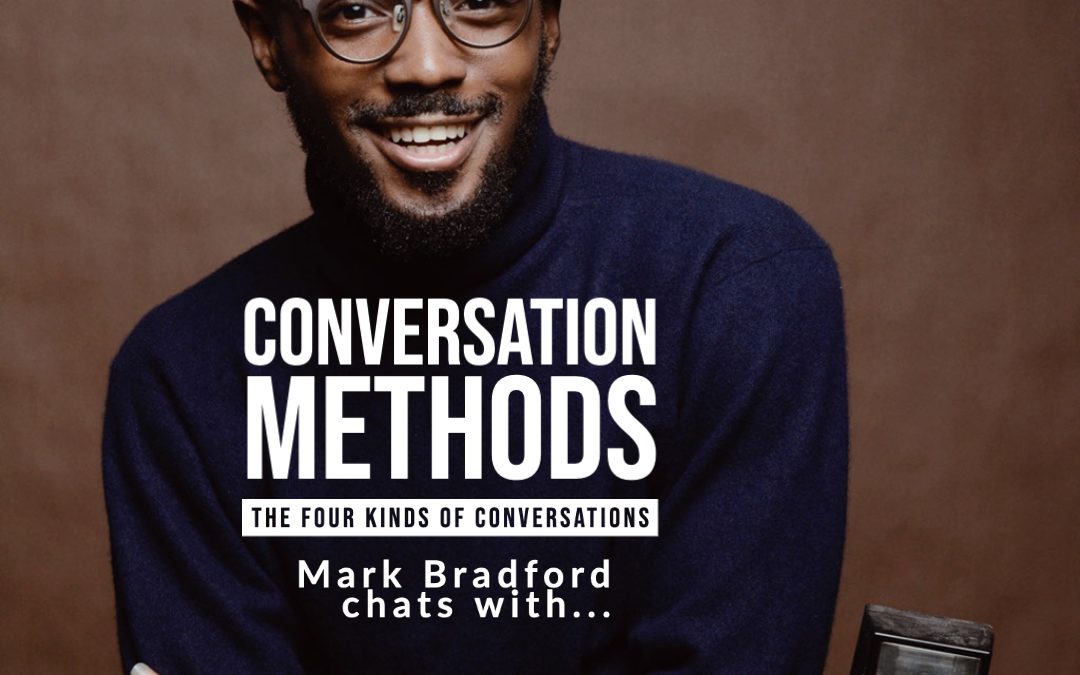 There are a lot of people talking about conversations, no pun intended. The curious thing is for something that’s such an integral part of our existence—something we use every day in many forms—we don’t seem to be doing it right.

At least according to the experts.

We all know how to converse don’t we? I mean, we can’t all be that far off?

A while back one of my podcast interviews really stood out. See, one of the descriptions I hear more often than not is that my interviews are actually conversations. The Amazing Lucas actually said the experience was cordial. He clearly felt comfortable and enjoyed a friendly atmosphere (at least that’s the definition of cordial).

But that one chat last year was different. It was not a conversation.

I try to make each podcast a conversation even when it’s just me and you.

“Well how can you make it a conversation when it’s just you talking Mark?” you may ask.

To which I reply, “I just did.” See? Isn’t that crazy? It’s just me talking but you have a voice. And it’s that voice I keep alive during interviews, and it’s that same voice that was missing from the interview.

“OMG I don’t want to be lectured that I’m not conversing properly, or not listening or something uncomfortable like that!”

Right? That’s your reaction to what we are about to talk about. And that’s normal. Imagine being told you are ‘driving wrong’ and have to drive ‘differently’ from now on. “Um…no.”

That’s how I felt when I first started thinking about conversations, and hearing word’s like ‘mindful’ and ‘third person.’

So let me break it down for you into the four kinds of conversations you can have with someone. Let’s start with the ‘worst’ to the ‘best.’ Keep in mind there is nothing wrong with any of these. They all have their place in day to day life and it’s important that you explore them all. Note that these are my categorizations, and my terms. If you disagree then you are not disagreeing with Big Conversation™ but instead with me. The opposite is also true.

Have you ever had a conversation with someone in which they were practically watching your mouth and waiting for it to close? They weren’t listening to you except for the cue for them to talk, which is to say it’s that point in which you take a breath. There are never any follow up questions and any response is typically on how what you said has an analog in their life.

You will see this on nervous first dates, or with salespeople trying to appear interested in your life, or by bosses and HR people who have no business doing either. You can spot this a mile away and you just internally roll your eyes as you suffer through it—waiting for their eventual point.

If someone is over eight years old, or is not terribly distraught and about about to lose their mind then this conversation style should never, ever be pursued.

I need to tell you something!

Have you ever had crazy good news, or even terrible and annoying events you need to express? If so you typically go into this mode, a mode in which you essentially do an information/emotion dump on someone. It can be exhausting for the listener. Examples of this are a new job, being accepted for an award, building your dream house or meeting The One. Negative versions of this are losing your job, getting into an accident, having a terrible fight with a spouse or a date from hell. They are all emotionally charged and can either be very draining or very life-affirming for the listener. This is a 90%/10% communication that puts the speaker in the spotlight. We all need one of these conversations now and then and hopefully you have had a positive one like this recently and not felt guilty. If this is the way most of your conversations go then someone is doing something wrong.

Have you had a conversation with someone in which you didn’t remember exactly what you talked about, felt you caught up, felt you expressed yourself and the time flew by? Then you probably had a pleasant chat with someone. You both were able to talk about whatever you needed. Both asked follow up questions, and both enjoyed the conversation.

When it comes to my interviews, this is the kind of conversation I try to have. I try to ask and express your questions and concerns, and make sure you’re heard. No it doesn’t mean that I try to take half of the conversation, but I find the guest is much more relaxed (and feels the atmosphere is cordial) because they feel like we are in this together. Paradoxically, giving the guest less of an intense spotlight makes them feel more special. This also works in relationships. I cringe when I see a guest on a show and they are clearly in defence mode as the spotlight is in their eyes while the host goes through a bullet list of questions and does the Is It My Turn To Talk routine.

Oooh, spooky. “You like it, it’s Autumn Sunrise?*” Imagine that you are having a conversation and you somehow float out of your body to watch you and the other person have a chat. That’s the existential concept of being a third person watcher. Yes it’s possible, and yes it is useful. I don’t recommend it for anyone until they can master having a pleasant chat with someone. You’ve probably done a version of this in which your mind was elsewhere while you chatted. Yes you were not in your head, but no you were not focussed on the participants.

So I’m not going to tell you you’re driving ‘wrong.’ Nor am I going to tell you how to talk with people. I simply want to make you aware of these nuances of conversations that can make or break your interactions. I’d like to think that my awareness makes me a better host for our chats, as well as the chats with guests.

If you have questions about these styles, hit me up at the email address listed. Want to be a guest? Let me know.

*This is a reference to Ghost in which a ghost inhabits the body of whoopi Goldberg to notice the hair of his wife.