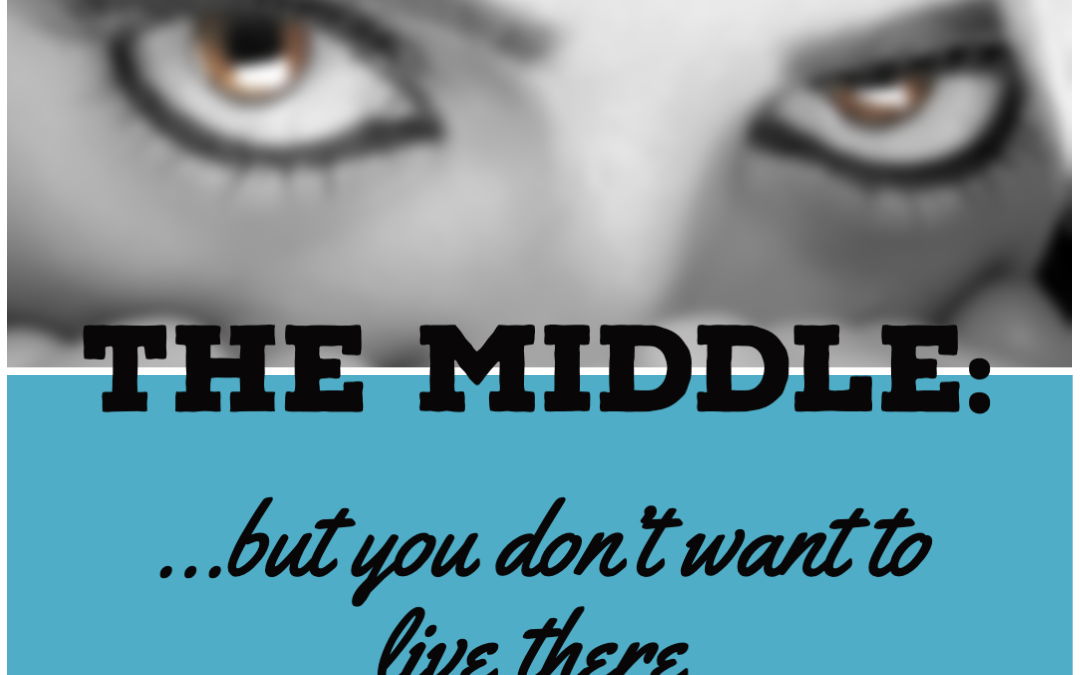 It’s a nice place to visit, but… What is the middle? Well, let me use it as a window to see something you normally wouldn’t.

You’ve probably heard of this, yes? Teachers sometimes grade ‘on a curve.’ I first learned about it many years ago playing Dungeons and Dragons. #NERD. It’s about probability, in which the majority of the stuff happens in the middle, the excellence and the really bad stuff are concentrated on either end. Thus the middle. But we are not talking about that.

Creatives who have to write an article, a book, or create a painting, etc. can sometimes get stuck. They sometimes have to just do something else, because all the staring at the blank sheet of paper ain’t gonna produce anything. They go ‘play’ and then hopefully they can return to ‘work.’ You do the same when you take a break.

Multitasking can sometimes be the middle

I am not going to say multitasking is a bad thing, but in can be. As I have said in Multitasking and the glue that holds it together there is an aspect that requires you to spend more energy, and become less productive. That’s not good, but it’s not exactly what we are talking about. Listen to that podcast to learn even more. So what am I talking about?

Here’s the thing: if you are trying to work and play at the same time you have shoved yourself into the middle.

I’m talking about trying do live in the space between where you feel good about working, and feel good about playing, and then you end up feeling bad about both. I expand on this greatly in the podcast.

Commiting to playing is just as important as committing to working. When you overlap them, via eating at your desk, etc., then you are living in the middle.

Visiting is nice though

Short visits to the middle can be nice. it can be a way to hold things together, to overlap, and to feel some comfort when you need it. But don’t live there. If you make a commitment to one thing, it makes you value the other.

Listen to the podcast to get the complete picture.