Attitude is… something something 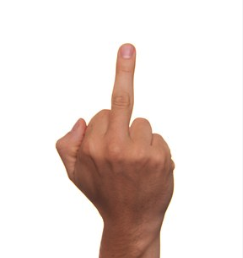 If you’re like me – and why wouldn’t you be – then you have a healthy level of suspicion over really short phrases that are supposed to make all the difference in the world if you Just Do It.  Life isn’t that simple, because we have big giant complex brains, and emotions and we have to deal with nurture and nature.  Experiences leave their imprints intellectually a well as emotionally.  Then our filters change how we even perceive things let alone learn them.

So, I’m going to need more than three words.

However.  Wait, however? Yeah, however.

However I would cation that there are actually some phrases and sentences that really do contain some wisdom.  In spite of the reason some people use them  – e.g. to motivate you to buy their services – they still contain a lot of wisdom.

Let me expand on them for you, and then focus on one.

Just do it – Though it sounds like you should not think about anything and just take the plunge what it actually means is this:  Don’t over think the thing you want do do, don’t consider all the reasons you shouldn’t as excuses, don’t overplan and allow the fear of doing it overcome you before you even take action, instead just do it.  Get it?

You usually see this on police cars, and there is a very interesting reason for that.  You see, when your brain hears/reads “everything” it doesn’t listen.  Why?  Because it’s too big of a concept.   Any phrase ever said to you that included that world was met with disbelief, with the minor exception of it being said by your partner in the height of passion.   Nothing is everything, and we are not going to fill up the spot in our brain that truly understand ‘everything’ with whatever it is you just said.  Nope.  Everything is green, everything is blue, everything is bad, everything is good.  Nope.  Everything will be different now, this changes everything.  No it won’t and no, by purchasing this car everything is not going to change.  In fact the amount of change that will occur by this selection of automobile is so tiny that it is more accurate to say “This will change a very tiny, almost unnoticeable, neglable part of your day.  In fact it is such a small impact that we probably shouldn’t have mentioned it.”

I digress; let’s get back to your attitude, mister.  So then if attitude isn’t really everything then what is it?  It’s your perception of reality and it colors your memories while you are having them and also when you remember them.

So I don’t retell the same story of the salesman crossing the meadow I’ll give you a different example.  Think back to when you have gone through something – something repeatable – like a party, or a task.  It can even be something as mundane as going through a drive through or picking up groceries.  Think back to when you did that but were in a really bad mood.  Maybe someone just cut you off and almost made you slam into a poll – your heart was racing and you wanted to strangle them.  Or you just had a huge pointless and infuriating fight with your spouse or boyfriend or teenager.  You were really upset, riled up, etc.

Most likely when you went through the event or process you remember that people didn’t really move fast enough, the service was slow or rude, people were kind of mean.  You were in a hurry and no one got that – they asked dumb questions and clearly sucked at their jobs.  You felt like you went to the wrong location (the other one downtown is probably better), or they definitely had an off day.  Pretty bad.  They were.  Most of them.  Ugh.

Now since this task is something you’ve done a number of times think back on other times.  Think about a time when you were exceptionally happy – you just had a fantastic date or you just had a great dinner, or found out some great news or were kind of tosty from a few drinks.    How was the service?  How about the timing?  Service was good?  The checkout person was sort of funny?  Timing?  Huh, didn’t really notice and definitely moved fast enough, right?

You can argue that these were two different visits and we don’t have the luxury of winding back time to try both under the exact circumstances but chances are you get what the true variable was.

My tangible take on this.

So, since I’m a pragmatic person, who likes tangibles and doesn’t necessarily believe in magical manifestations from nothing let me tell you what my take on this is.  Do I believe that if you just think happy thoughts happy things spring into being?  Well, no, not because of the happy thoughts.  So then why tell you to have a good attitude – it’s just an attitude?  Because as i demonstrated above it alters your perceptions and your memories.  And, as I discussed in Time Compression and Productivity  – Mindfulness of Moments it alters your perception of time.  In addition being in a bad mood can tie up higher brain functions, while being in a good mood puts you in a sort of autopilot.  Think about being “blissfully ignorant.”  Your lower brain will experience this bliss while your higher brain will feel free to dream.

Obviously if you look happy people will be more likely to want to connect with you.  I’m not saying that you will transcend all the other status indicators people use (see The Status Game II for an in depth look at that) but it makes a difference.

What it really means

So when they say attitude is everything what they really mean is:

Police officers deal with humans – emotional illogical impulsive humans, so the attitude of these humans can affect greatly what the perception is of them.  They also know that, as i said above, the attitude affects their perception of the officers (and the interactions), and therefore affect how they safely proceed.

You can say attitude is everything if that’s shorter though.  🙂