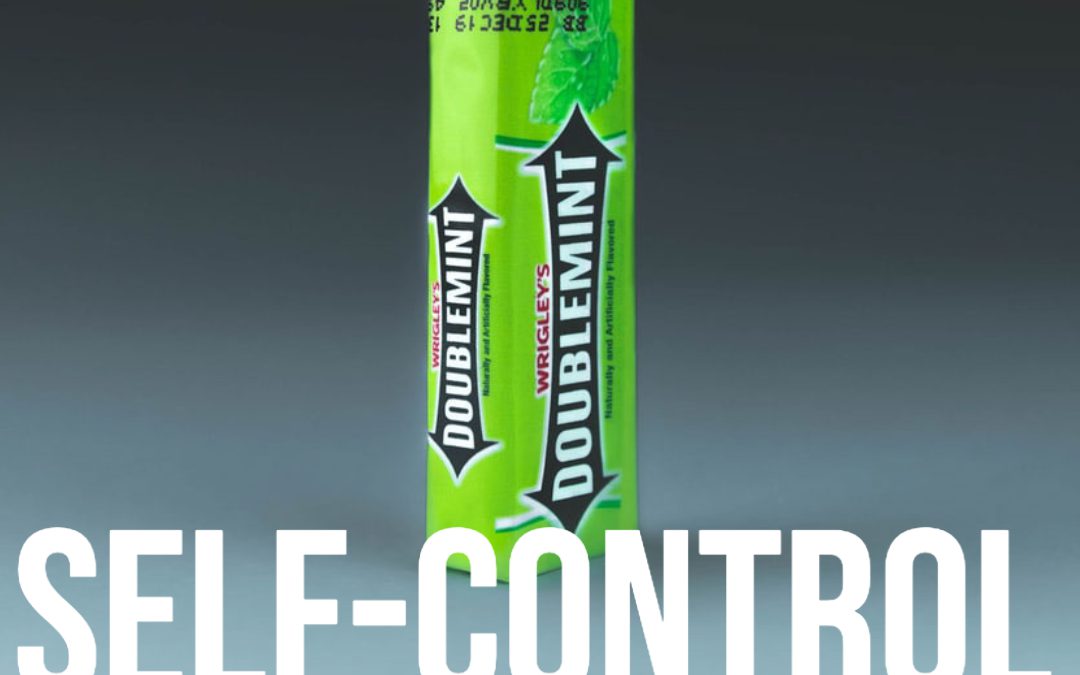 This is one of those troops that are thrown around all the time. In fact it’s again used so often that it loses its meaning. It’s one of those core things that is powerful in short supply and can change your life.

Simply put, self-control is a measure of control that you can exert on yourself. Pretty simple, right?

We are talking about this because it occurred to me that a lot of what I talk about involves self-control. Making changes, altering behavior, accomplishing a goal, applying a system to accomplish a goal, etc. etc. Managing your time energy and resources.

So since we are talking about it directly and indirectly so often let me ask you this:

When was the last time you exerted self control? Just blurt it out and tell me what is the first thing that comes to mind. Go ahead and pause this if you want

If you paused it and came back welcome back. Jesus Christ so for me it was forcing myself to go to the gym even though my stomach felt weird. And no, that’s not indicative of the glorious way I run my life. It just so happens that I was making notes for this podcast on the way back from doing that. That’s all hadn’t been any other time it probably would’ve been something a lot more Munding

Let’s talk about you. When was the last time you exerted some self-control? The last time. Think about it. What was your thing? Was it spitting out your gum because you’re cute too long? Was it chewing a piece of gum so you didn’t eat more? Was it not raising your voice when you were in an argument with someone? Was it letting someone pass on the road who clearly needed to get to their destination faster than you Edward far far more important? These tiny little things in your life still count as self control.

So why do I bring up these little things? Because like I say in the automation of balance, it is sometimes the little things that really make up your life. The same goes for self control. These tiny little moments of self-control or what steers you from afar to get to your goal. If you’ve ever lost a bunch of weight but don’t feel that you really did anything other than it’s smarter and better you probably we’re constantly thinking about how much you put in, how fast you were eating and the quality of what you’re eating. You chose this over that and this over that and this over that. And it added up

It always adds up…